Alderman Pettener’s view on the present generation is: “They are fed with the spoon too much. They are pampered and sweetened, and they do not appreciate half of what is done for them. Another thing, they chase the shadow too much and lose the substance” About the leading figures of today, the Alderman said, “We haven’t the men of Gladstone’s calibre and there are no Disraeli’s knocking about”.

From the late 1940s until the early 1960s St Anne's held a Rose Queen Crowning and Garden Party.

As if prearranged, the rain stopped and the sun came out from behind dark clouds - although somewhat reluctantly - for the fifth annual St. Anne’s Church, Sale, Rose Queen crowning and garden party, at Windsor Lodge, Holly Bank, Sale, the home of Aldermen and Mrs. AW Mawer, on Saturday.

But the watery sunshine was eclipsed by the splendid pageantry of a “coronation” procession and crowning, which for colour, spectacle, enthusiasm, regal beauty and ceremonial, would be hard to surpass.

She was crowned by the Mayoress of Sale (Mrs. Hampson), who was accompanied by the Mayor (Councillor TF Hampson). Also present were the deputy Mayor and Mayoress (Alderman and Mrs. FH Highley), the Rev. SB Warburton (vicar) and Mrs. Warburton, and Mr. and Mr. J Hampson (chairman). After Noreen had been crowned, she was presented with a silver cross and chain by Mrs. Warburton. 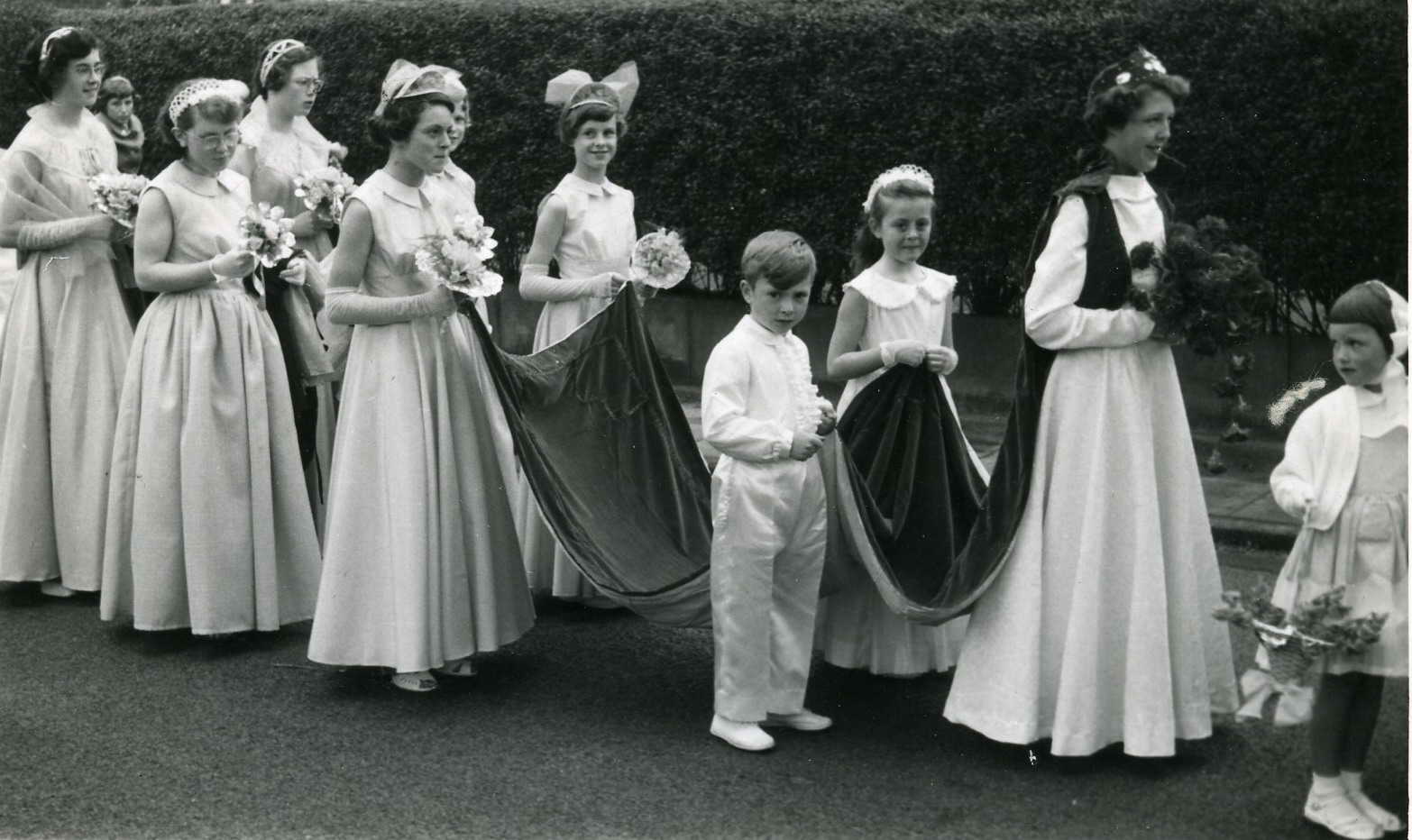 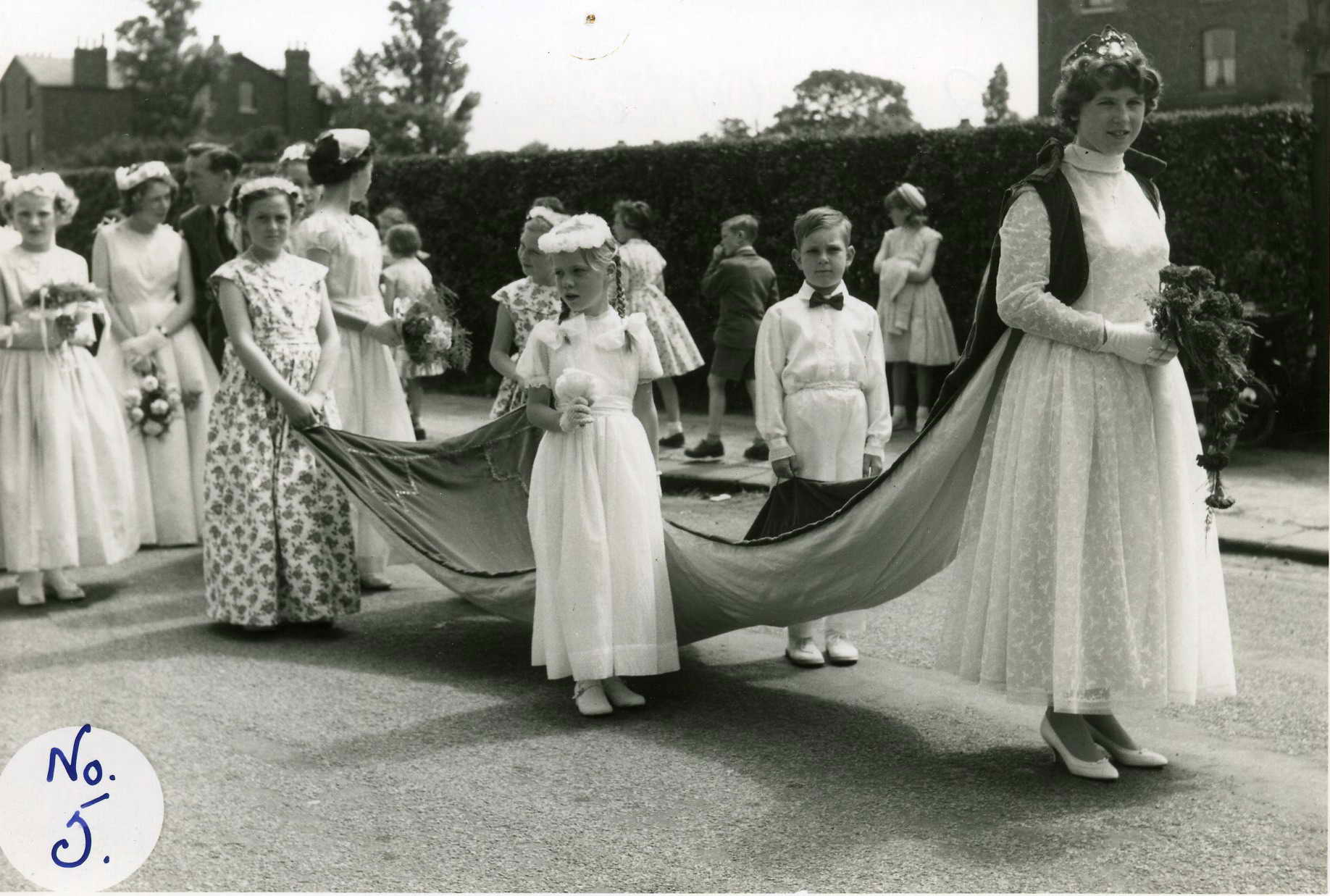